A member of La Grande Inter who just passed away. Promised I would make a thread, so here it is. Below is a bio and some pictures.

He started out his career at Atalanta before moving on to Fanfulla, Monza, and Triestina (in the lower divisions). After scoring 17 goals in Serie B for Triestina, he signed for Serie A team Sampdoria in 1958.

Milani received his Serie A debut for Sampdoria at the age of 24 against Lazio. He scored 13 goals across his first season, but was sidelined with injury in his second. Aurelio's performances with Sampdoria attracted the attention of Padua's coach Nereo Rocco, who signed him in 1960 (Rocco would go on to coach AC Milan just a year later, win 2 European cups, oversee the rise of Gianni Rivera, and become a football legend). Milani bursted into his prime under Rocco, scoring 18 goals in the 1960/61 Serie A season.

After a solitary season at Padua, he was signed by Fiorentina's new president Enrico Longinotti, while Rocco departed for AC Milan. At Fiorentina, Milani played alongside legends Gianfranco Petris and Kurt Hamrin, both attackers as well. He scored his first goal for la viola against Udinese on Dino Zoff's professional debut, in what would be the first official goal ever conceded by the future goalkeeping legend and world cup winning captain. Milani's first season at Fiorentina was the finest in his career - scoring 22 goals in the 1961/62 Serie A, sharing the capocannionere title alongside Brazilian superstar Jose Altafini.

Milani only spent another year in Firenze (in an extremely disappointing season, scoring one goal over 20 appearances), choosing to move to European powerhouse FC Internazionale Milano at the age of 29 in 1963 in what was Angelo Moratti's fourth year as President and Helenio Herrera's third year as coach. Milani was not a starter for Inter, but he still had 18 appearances in his first season, scoring 7 goals. One of those goals was in the 1964 European Cup final in Vienna, where Inter defeated the fabled Real Madrid side of the late fifties/early sixties (arguably the greatest team of all time) to a score of 3-1.

Milani's performance would prove to be decisive in the final, with a pearl of a goal to seal Inter's first ever European cup title. The next season, Milani played 11 matches, before experiencing a career ending injury in a European Cup match vs Dinamo Bucharest. He was kneed in the vertebrae, displacing his spinal cord, and ending his top flight career at the age of 31. He won 2 European Cups and 1 Serie A title in Nerazzurro colours.

He played 8 more matches in Serie C with Verbania two years later in 1966 before ending his professional career entirely.

A quote from Sandro Mazzola on Milani's death:

I did not know, I come to find out now, my heart bleeds. Eight years older than me, that sorrow. I will always remember him with affection and esteem, we played several matches together and he was very important to me. He was a point of reference for the entire attack, in every game was at war with the defenders and lifted the team up.

How many assists did he make ​​you?
Several, he was often looking for the exchange. Thanks to him I made several goals. I cry, but I will always have great memories of him. It's very bad news.
Click to expand... 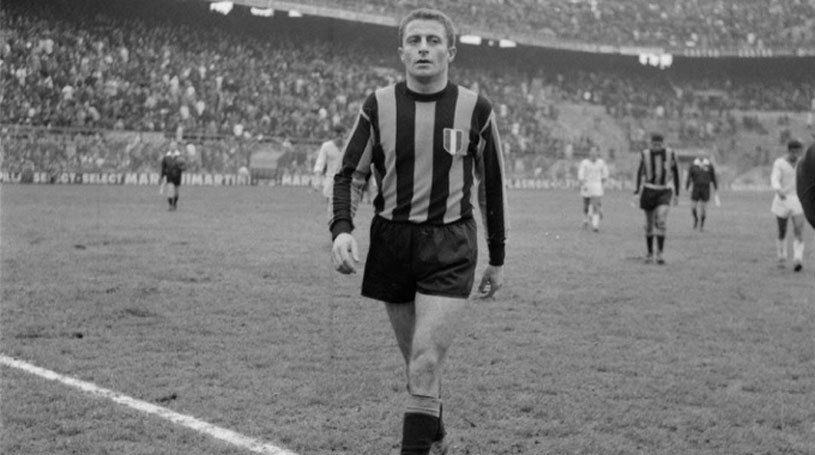