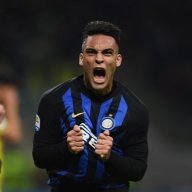 10 years of FIF
Most Diverse Poster
How is it a dick move? It's just unlucky

wera said:
How is it a dick move? It's just unlucky
Click to expand...

probably he meant the contract termination. but it was suggested by Ranochia himself according to what I read on the internet.

10 years of FIF
Most Diverse Poster
I was talking about the contract termination. That shit happens all the time for older players.

wera said:
I was talking about the contract termination. That shit happens all the time for older players.
Click to expand...

Haha we have the perfect Rano vice

Our favorite price. Now a 12 year contract. Make this a priority because Skriniar is too loyal and can wait.

10 years of FIF
Most Diverse Poster
Skriniar too loyal? I'll have to see it first. In my mind he is gone next summer for sure 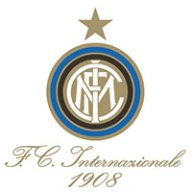 Forum Supporter
The end of an era. Good luck and best wishes. Forza 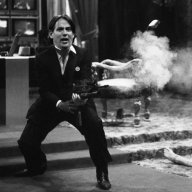 Bring him back into the locker room to embarrass our players in training. 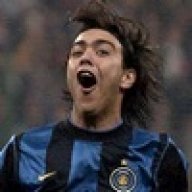 His statement says he lost the passion for football after he left Inter and this injury just made things easier for him. He proposed to terminate the contract with Monza.

What an odd turn of events. Dude finally gets to be a starter and to play regularly and he doesn't feel like it anymore.

10 years of FIF
So it was more about us not signing an extension with him than him wanting to leave?

It wasn't as great of a career as him and we hoped for when he signed for Inter. But at least he got the Scudetto finally (and few trophies along the way).

10 years of FIF
To be honest, I do not think it has much to do with his broken bone.

Personally. I feel it is more to do with a broken black and blue heart. Think about how long he stayed here and the limited role he played for most of his career. He loved Inter and being at Monza was meaningless for him.

CafeCordoba said:
So it was more about us not signing an extension with him than him wanting to leave?

It wasn't as great of a career as him and we hoped for when he signed for Inter. But at least he got the Scudetto finally (and few trophies along the way).
Click to expand...

He has to thank Spalletti for saving his Inter legacy. Till 2017 his career at Inter was a disaster and most people didn't want him anywhere near the club.

10 years of FIF
He didn`t seem to mention Spalletti in particular, while highlighting others:

“When I became a professional footballer, I joined Arezzo and I was lucky enough to work with Antonio Conte who transformed me,” said Ranocchia.
“A coach who absorbs and turns you into a professional and a winner. It changes your way of thinking and you no longer are who you used to be when he leaves.
“I was lucky enough to work with him and he launched me into real football, that’s how I began my career. I spent great moments, all the players gave me something new and offered me new ways of thinking and approaching games and life in the dressing room. I want to thank them all from the first to the last ones.”

Ranocchia has reportedly given up on €4m from his two-year deal with Monza who he had joined in the summer after the end of his contract with Inter.

“When I started playing 30 years ago, I had a lot of passion and there was no comparison with anything else. I spent great moments and built strong friendships, I had fun playing football, which was all I was doing as a kid,” he continued.
“I’ve never thought about where I could get, I only wanted to have fun and bring my passion forward day by day, like all the kids playing any sport.

“I was lucky enough to turn my passion into my job. It all started from here, from Bastia Umbra, I’ve gone through so much. I was lucky enough to have many experiences, playing with many players, coaches, and directors who made me have fun and improve.
“When I was in Perugia, I was lucky to work with a coach called Pietro Montanelli. I was playing as a striker or midfielder, but one season we didn’t have enough defenders, so he tried me at the back and that’s when I’ve become who I am today. Many coaches have helped me and I thank all of them.

“I played with incredible players, great champions, Inter and the national team and I am proud about it I started from here and got to the best stadiums in the world, with passion and determination.”
Click to expand...