anyone else watching? so far ive caught germany fiji and uruguay serbia. caught a little of nigeria brazil today. in the games i watched, zivkovic (serbia) and mukhtar (germany) were the standouts. funnily enough uruguay play how they always play even at this level 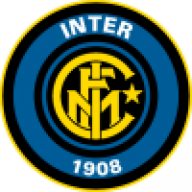 Is there any inter player in the tournament? 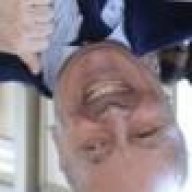 Can't wait to see the new Messi's and the new Neymar's.

10 years of FIF
FIF Special Ones
Wasn't even aware this was going on right now. I though Beinsports had the rights? I remember watching Pogba, Kongdogbia, Duncan, etc. in the last one.

Some of these countries are also playing in the Toulalan tournament, which is basically the same age group. That's on bein currently. 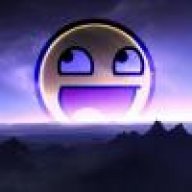 10 years of FIF
Look out to Moses Simon of Nigeria, class player

10 years of FIF
FIF Special Ones
Never even heard of Myanmar.

Forum Supporter
Which group are england in. Always good to laugh at them and their naivety

Forum Supporter
10 years of FIF
FIF Special Ones
I swear every country that changes their name just make their country sound more lame. Bring back Kampuchea, Ceylon, Siam, and my personal favourite - Zaire


What the fuck is the Democratic Republic of Congo anyway

On topic - Fiji? What a waste of space

They are playing in the Under 21 Euros this summer
B

Manusnovic said:
Is there any inter player in the tournament?
Click to expand...

No though weve been linked with a few players in the tournament. mammana and kenedy are two that come to mind.

dude is fast as hell when i watched a little of nigeria vs brazil, who were rubbish by the way.


i also forget to mention i was quite impressed by serbias goalkeeper and captain, rejkovic. he showed a lot of personality. reminded me a lot of peruzzi as a player.
Last edited: Jun 2, 2015

i watched austria panama out of boredom, but it has got to be the dirtiest game i have watched this year. panama got 2 red cards, one player saved a shot suarez style with a blatant handball, punched austria player in the stomach and no card, another one assaulted an austria player who was near the box. practically every single challenge they made was malicious. jesus christ. i felt like i was watching MMA, not the u20 world cup.
B

how is humberto grondona, julio's son, argentina's u20 coach? thats corrupt as hell. its also clear he has no idea what he is doing. argentina are really disorganized and play badly considering the technical ability they have in the team. ghana were 3 nil up until really late in the game, when simeone scored, and then argentina got another goal in stoppage time.

mammana, the defender we've been linked to, is really elegant. whenever he does something successfully, its pure class. he is also amazing with the ball at his feet and has a good touch. he didnt have a good game today but his teammates were nowhere to be found. a lot of his style and place in their team reminds me a lot of ranocchia at inter in all honesty, especially in terms of damage control. he did not have such a good game today, read the game poorly on a few occasions. and even though he did not make the foul that drew the penalty (for ghana's third goal), he was responsible for the PK. gave the ball away just outside of the box and mistimed his tackle which created space in the box for ghana's player (who was then fouled). he is also fairly slow. theres a lot of talent there and it needs good coaching. i can see the ayala comparisons ive been reading about but from this one game i dont think he is ready for inter at all.

giovanni simeone, diego's son, is a pure poacher. really hardworking but he literally can't do anything with the ball at his feet. barely touched the ball the entire game even though he scored. his goal was a fluke more than anything else. i dont like him. also, argentina's goalkeeper batalla made many great saves. argentina was really disappointing today and reacted too late in the game. the whole team did not play well.


ghana's captain aboagye who plays for udinese has a great touch. donsah of cagliari had a really solid game, as did yeobah who is really fast. ghana play with a fuckload of pace and strength up front which allowed them to counter really easily and quickly. i didnt see much individual quality but they took advantage of a really disorganized argentina side who barely did anything right. the scoreline could have been a lot worse.
Last edited: Jun 2, 2015

10 years of FIF
FIF Special Ones
African teams always do so well at the youth world cups. How come we always see Nigeria and Ghana but never Ivory Coast in the youth tournaments?

thatdude said:
African teams always do so well at the youth world cups. How come we always see Nigeria and Ghana but never Ivory Coast in the youth tournaments?
Click to expand...

The Ivory Coast qualified in 1997 and 2003. If you think about it, the country just finished their golden generation of talent so this makes sense.

Keep in mind Drogba, perhaps their best player ever, was a notoriously late bloomer. He wasn't any good during his youth career.

bandiera said:
dude is fast as hell when i watched a little of nigeria vs brazil, who were rubbish by the way.
Click to expand...

Yeah, Nigeria has so many talents.
Watch out for Kelechi iheanacho and success Isaac also.

10 years of FIF
Argentina is basically out already haha

Colombia better beat Senegal tonight but they play so bad. Our manager is utter crap and plays players out of position for no reason

Also I started this thread a few months ago... Mods please merge these two
B

Colombia better beat Senegal tonight but they play so bad. Our manager is utter crap and plays players out of position for no reason

Also I started this thread a few months ago... Mods please merge these two
Click to expand...

Well fuck, you're right. you did start the thread and I was too lazy to look for it.

crzd, im planning to watch the colombia game in a few hrs. any players to keep an eye on? ive also noticed a lot of the managers at this level are pure garbage. for example, argentina and brazil's managers are fucken terrible. humberto grondona

Manusnovic said:
Yeah, Nigeria has so many talents.
Watch out for Kelechi iheanacho and success Isaac also.
Click to expand...